Palatine Park prepares for a summer of safe, outdoor fun 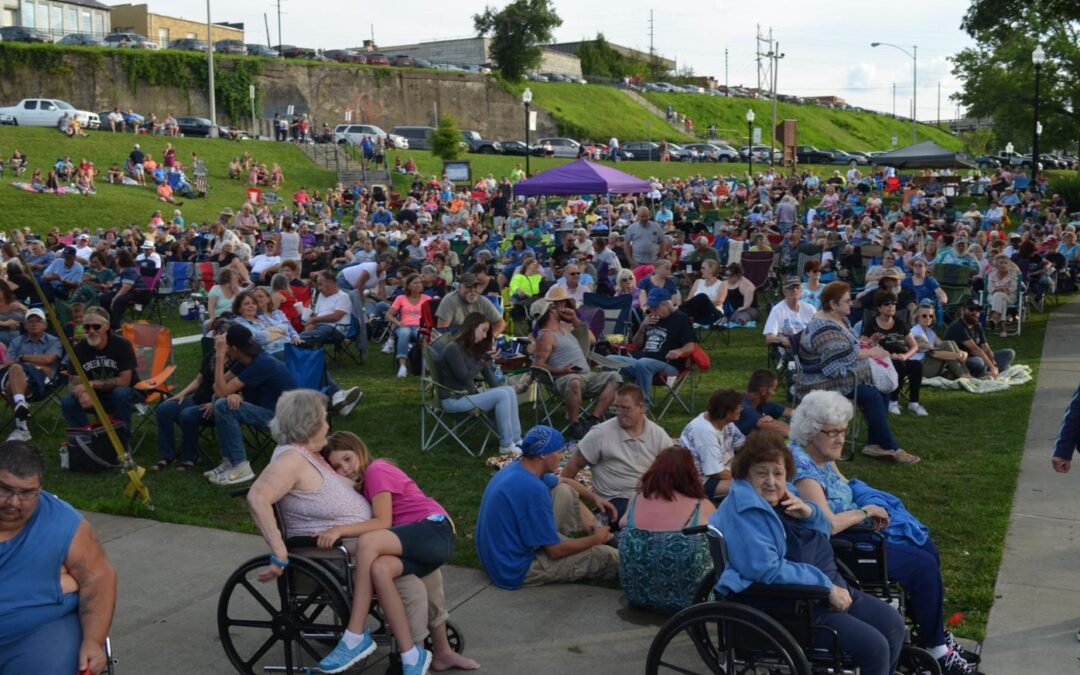 FAIRMONT, WV (WVNEWS): Although the COVID-19 pandemic is still very much a part of everyday life, Marion County officials hope to bring a bit more normalcy back to the area with the return of weekly events at Palatine Park.

As of press time, the first big event scheduled is the annual Three Rivers Festival that’s set to be held over Memorial Day Weekend. While the pandemic has forced organizers to make some changes to the festival, it’s still currently scheduled, meaning there will be music, competitions, fireworks and more in some way, shape or form.

However, that’s just the start of the summer activities planned for Palatine Park. Marion County Administrator Kris Cinalli, who oversees the park’s summer events, said 2021 is shaping up to be one of the biggest summers ever for Palatine Park.

“We have everything from the festival to the annual fishing tournaments that we always do to movies in the park,” Cinalli said. “The Johnnie Johnson Festival will be back, and for the Fourth of July, we have a big event lined up for that. A lot of the events have been carried over from last year. They were canceled and they wanted to bring them back this year … but we do have a few new things. … We feel like it will be the biggest, best year of entertainment, as long as we can have it.”

Cinalli said many of the events also will be livestreamed through the park’s Facebook page for people to enjoy in the comfort of their own homes.

Marion County Convention and Visitors Bureau Executive Director Leisha Elliott said she, too, is excited for the events at Palatine Park to begin, noting that many community members are primed and ready to get outside and enjoy some free entertainment.

“Even though they may need to be modified, just the fact that they’re being scheduled and planned is exciting news, not only for the people who live here locally, but for the people who are looking for day trips or road trips,” Elliott said. “People, especially after the winter months, are ready to get outside. I think it’s going to be a better summer. People are going to feel a little more confident to get out and explore the region.”

As of now, here is the schedule of events for Palatine Park this summer:

“This is likely the strongest lineup of any show in the history of Palatine Park,” Cinalli said. “You can check out the Facebook online show that Sunny War, a Los Angeles native, did for us last summer for a taste of her laid back blues and soul. Aztec Sun is a 9 piece “funk with soul” band from Washington D.C. that also did an online show that you can still check out on our Facebook page. Boulevards brings high energy punk/garage/indie funk to the stage straight from Raleigh, North Carolina. Cedric Burnside from Holly Springs, Mississippi by way of Memphis, Tennessee will put the icing on the cake with his Grammy nominated traditional blues.”

• Saturday, July 10 — Johnnie Johnson Festival with John and Analisa, The BB King Band and Black Joe Lewis and The Honeybears

“Fairmont and Palatine Park have been paying tribute to Fairmont native and blues legend Johnnie Johnson for close to 20 years now,” Cinalli said. “This is our biggest lineup yet.”

• Saturday, Aug. 7 — Taste of New Orleans with Blair Crimmins and The Hookers, Kat Wright and the Rebirth Brass Band

“If you’ve ever been to New Orleans, you can save yourself the trip and come and get that delicious taste in Fairmont, West Virginia,” Cinalli said. “If you’ve never been to New Orleans but would like to get an idea of what it’s like, you can come and do so at Palatine Park on Saturday, Aug. 7. From New Orleans food, to the beads, to the Dixieland, ragtime jazz of Blair Crimmins and The Hookers to the sultry sound of Kat Wright … to the Rebirth Brass Band, this show is not to be missed.”

***Originally Published by WVNews.com by Fairmont News Editor John Mark Shaver (who can be reached at 304-844-8485 or [email protected].)