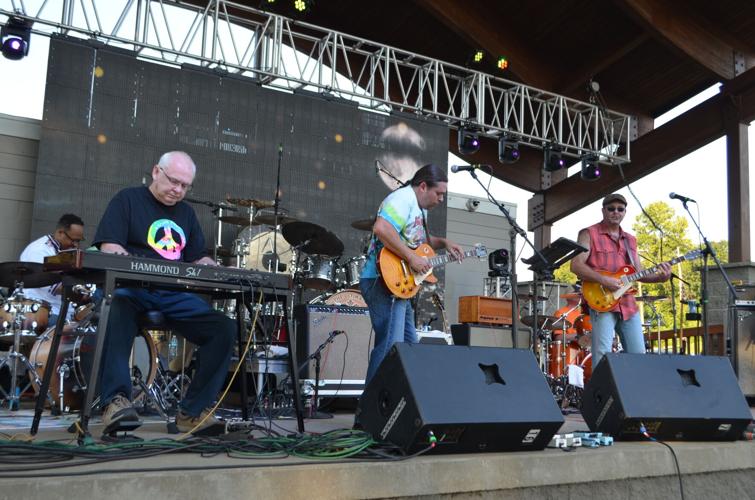 FAIRMONT, W.Va. (WV News) — Coming off a successful 2021 season at Palatine Park, Marion County officials are excited to be finishing plans for shows and live entertainment for this coming season. They believe it could be the biggest summer yet.

For several years now, Palatine Park has been a hub activity thanks to its free weekly schedule of live entertainment during the summer months. In 2021, thousands of people flocked to the park for live concerts, movie nights and more.

Hoping to keep that momentum going, Marion County Administrator Kris Cinalli, who oversees the park’s events, said he began working on the list of 2022 shows before last season’s schedule had ended.

“We’ve had 90% of this year’s schedule locked in since September,” Cinalli said. “Pretty much everybody on the teams that deals with moving parts expects there to be moving parts. Unfortunately, we’ve all been getting backup plans for almost every show. … People have canceled whole tours and shows left and right, and obviously, if a band member catches COVID, you’re automatically missing a week of shows whether they’ve been vaccinated or not. It comes with the territory now.”

However, Cinalli acknowledged that, despite planning and running two summers of events at Palatine Park during the COVID-19 pandemic, the scheduling phase hasn’t gotten much easier. Thankfully, though, Cinalli said that due to last year’s successes, Palatine Park’s name is more on the map than ever before.

“We were, just through sheer stubbornness and desire to get these shows in, one of the few places last year that ran a full schedule,” Cinalli said. “Even when the pandemic came back strong, we mitigated it the best we could. We’re on a lot of people’s radar, and they’re kind of looking at us as a place that’s going to do something. … It’s good to have options, and we hope that we’re able to pull off everything that we have lined up.”

That’s led to Cinalli being quite excited about summer 2022.

While the county isn’t releasing the full schedule of events quite yet, Cinalli did say that a number of tribute bands will be making their way to The Friendly City in only a few months, including those playing the music of Van Halen, AC/DC and Lynyrd Skynyrd.

Cinalli said the tribute bands always do very well at the park, but they aren’t the only ones set to take the stage this summer.

“One of the different things that we’re excited to do is a ladies’ night that will focus on female performers,” Cinalli said. “It ought to be a pretty cool show. We want to show some love to the ladies and see if they come out.”

Coming off of the success of last year’s “A Taste of New Orleans” event, which joined authentic Cajun food with live bands playing a big brass sound, Cinalli said that this year the county will be bringing Italy to the park.

“Since we have a pretty big Italian population here, we have some big entertainment and vendors lined up, so we’re pretty excited for that one,” Cinalli said.

Like it did in 2021, the county is planning to continue livestreaming all of the events for an at-home audience, which is helpful not only for those who may miss a show due to prior engagements, but for COVID-19 management, as well.

“We kicked it around, but when COVID came back hard at the end of the year, we thought ‘Thank God we’re doing this,’ so we decided to keep planning on it,” Cinalli said. “When Omicron came, we just planned on doing it all year because it’s the best mitigation tool we have. People can watch it at home and with COVID, and they can go back and watch it on YouTube. Nobody has to miss a thing and you don’t even have to be there, so it’s the absolute best-case scenario.”

Cinalli is excited for what the county has in store for Palatine Park this summer, and he encouraged everyone to closely monitor the Palatine Park Facebook page for further information on the season’s schedule of events.

“We’ve been lucky, and I hope the luck continues,” Cinalli said. “We’re going to continue to work hard to bring these events to the public as best we can.”