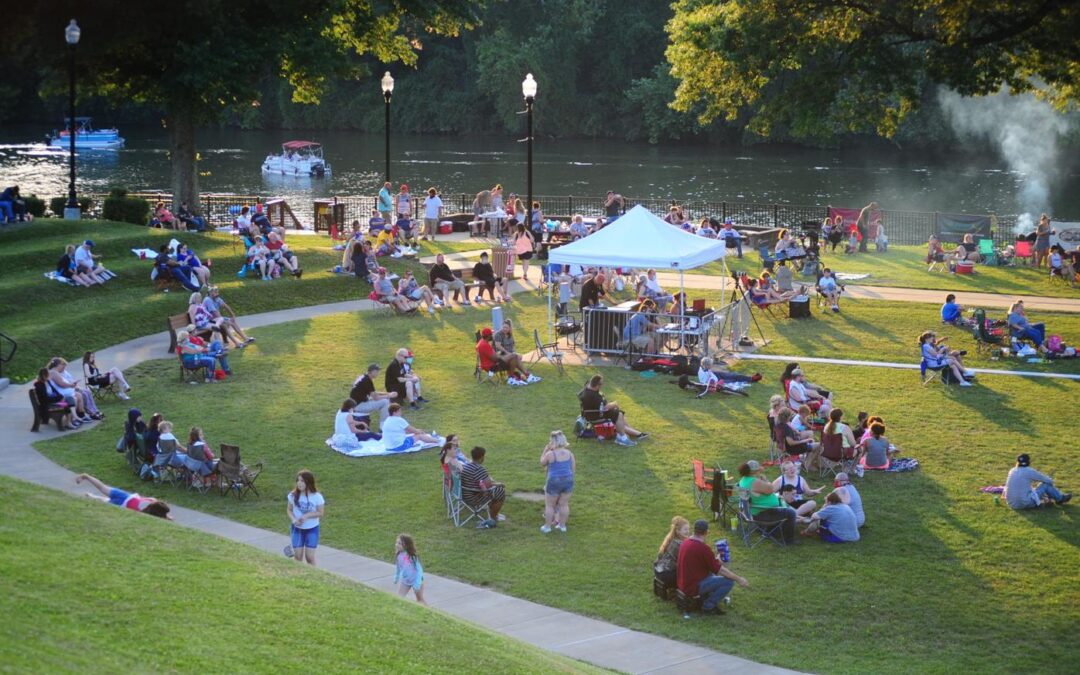 FAIRMONT, W.Va. (WV News) — After being forced to postpone or cancel many of the planned events at Palatine Park this year due to the COVID-19 pandemic, Marion County Administrator Kris Cinalli is preparing for a hopeful return to form in 2021.

Usually, Palatine Park hosts events — from concerts to festivals to water ski shows and more — every weekend throughout the summer months, which draw thousands of people to the Fairmont area every year. However, the county was forced to put off many of the planned 2020 events due to the pandemic.

Cinalli said that despite the setback, he is already well into the process of planning the summer 2021 event calendar and, unless anything changes, he’s planning it as normal.

“We’re moving forward like everything will be a ‘go’ until they tell us that it’s not,” Cinalli said. “With everything as serious as it is now, I don’t think we’ll really try to pound the round peg through the square hole as much. Even with the drive-in style stuff that we were going to do, I think that it’s serious enough now that those things may not even be a good idea to take a chance on.”

He said the scheduling hasn’t been too strenuous this year, primarily because of the fact that many of the canceled 2020 acts have decided to instead hold their shows or events next summer instead.

“We basically rolled over everything that we had to cancel last year,” Cinalli said. “That part of it was relatively easy as far as filling the dates. We have a full calendar of events that pretty much looks like last year’s, but we have a couple different openers and a couple of different shows that we didn’t have lined up last year.”

Cinalli also noted that the county is putting several contingencies in place in the event that events won’t be able to be held again in their usual form. These plans range from livestreaming concerts for home viewers to leaving the month of September open for any necessary rescheduling.

With these extra plans in place, Cinalli said he’s confident the summer festivities will be able to be held.

“Overall, we have a good plan,” Cinalli said. “A lot of the agents and people who we’re dealing with think that, with the vaccine, things will be back to some kind of normal, at least to where they’ll be able to have shows, especially at venues such as Palatine Park. … We should be good by May or June. We have a long way to go before we get there, and safety is still going to be the most important thing … but I think we’ll be in good shape.”

Marion County Commissioner Randy Elliott said he has total confidence in Cinalli’s plan, and he looks forward to the day that hundreds can once again gather at the park and enjoy the nice weather safely.

“All I can hope for is that COVID is getting behind us and that, by the middle of the summer, we can return to some kind of normalcy at Palatine Park to be able to provide entertainment for everybody to enjoy again,” Elliott said. “I personally want to see it get back to normal. We were having four or five fishing tournaments a year, and thousands of people attending Palatine. I want things to get back to normal so we can do those things. … I want to see (Palatine Park) full of people.”

Cinalli encouraged those interested in next year’s Palatine Park events to follow the park’s website and Facebook page for updates, and said that, if all goes according to plan, 2021 may be the biggest year for Palatine Park yet.

“If we get the shows in, I think it will be (big), but it’s just too hard to tell,” Cinalli said. “We just have to see how everything goes. As far as the strength of the shows and entertainment we have lined up, we have a lot of acts coming through that we’ve never had before, both regional acts and national acts. … We want to be able to get those shows in. After last year, you could have someone just beat a drum up there and people would come and watch if its safe, but I think they will be surprised.”