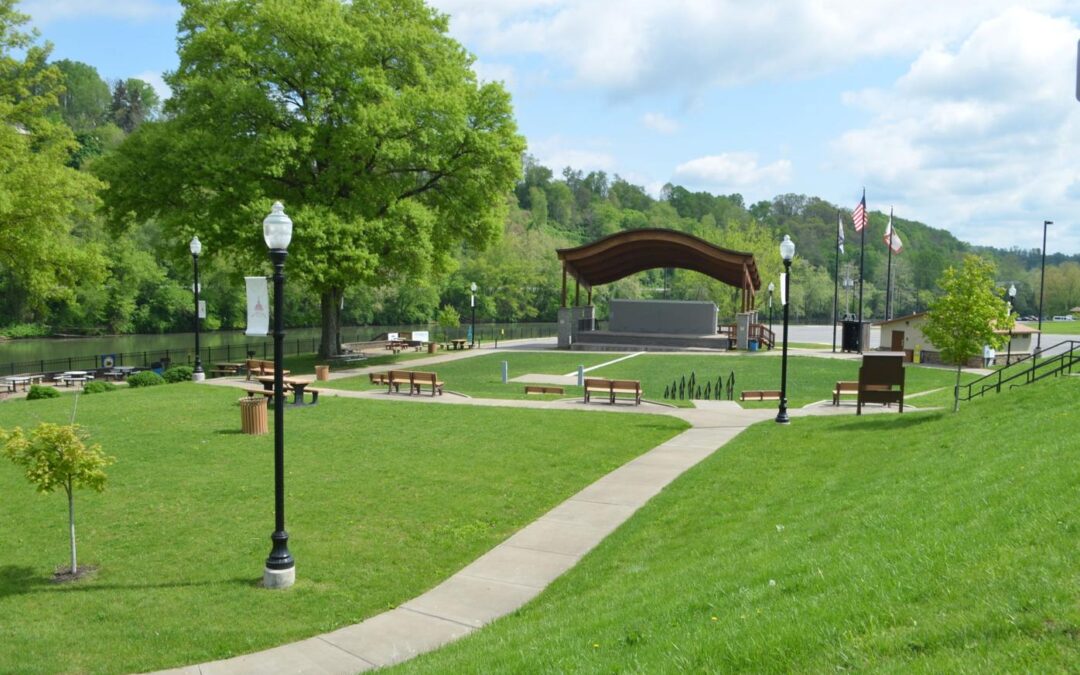 FAIRMONT, W.Va. (WV News) — With more and more people getting their COVID-19 vaccinations as the pandemic carries on, Marion County officials are hoping to bring events back to Palatine Park in a big way, offering free, family friendly entertainment all summer long.

Palatine Park rose to modern prominence several years ago when the county became more serious about keeping up the park and holding major events there. Since that decision was made, the park has been host to Led Zeppelin light shows, ski stunts on the Monongahela River, the annual Three Rivers Festival and more.

“I think the vision has always been to grow that area,” Cinalli said. “Obviously, before the commission revamped it and basically built it up, there wasn’t a whole lot of activity down there, so the goal has always been to change that. We want to draw enough people to where it allows some business to grow and thrive down in that area.”

In fact, so much work has gone into the park already that Cinalli said it could be one of the landmarks of North Central West Virginia.

“It’s a nice venue,” Cinalli said. “It’s probably one of the prettiest and most attractive in the state, and it’s free. That’s a big deal, especially with the level of shows that we’re going to be bringing. We have huge sponsors, and we’re going to be able to do a lot of things that we haven’t before. …

“Hopefully, the legacy after this year is that we put ourselves on the map as a regional destination. … It’s very attainable. We don’t expect it to happen overnight. The visibility is there, and we just have to capitalize on it.”

Cinalli said that this year, the event list is shaping up to be one of the biggest summers ever for Palatine Park.

“We have everything from the festival to the annual fishing tournaments that we always do to movies in the park,” Cinalli said. “The Johnnie Johnson Festival will be back, and for the Fourth of July, we have a big event lined up for that. A lot of the events have been carried over from last year. They were canceled and they wanted to bring them back this year … but we do have a few new things. … We feel like it will be the biggest, best year of entertainment, as long as we can have it.”

Marion County Convention and Visitors Bureau Executive Director Leisha Elliott said that she, too, is excited for the events at Palatine Park to begin, noting that many community members are primed and ready to get outside and enjoy some free entertainment.

“Even though they may need to be modified, just the fact that they’re being scheduled and planned is exciting news, not only for the people who live here locally, but for the people who are looking for day trips or road trips,” Elliott said. “People, especially after the winter months, are ready to get outside. I think it’s going to be a better summer. People are going to feel a little more confident to get out and explore the region.”

Elliott said that, over the years, Palatine Park has become a key piece of tourism and entertainment in Marion County, especially when it comes to things to do this summer.

“People are very excited about the concept of there being concerts and movies and events like the Three Rivers Festival happening,” Elliott said. “The general public really missed having that available to them in 2020, so they’re really excited to know that there’s entertainment that’s going to be happening. …

“It’s a great gathering place. It’s beautifully situated along the Mon River. It’s easily accessible. The fact that everything is free really helps families, especially those that might be a little more homebound and not able to travel. It really adds a lot to the community.”

While many of the events at Palatine Park could garner revenue for the county if admission was charged, Cinalli said it’s important to keep the park open to all who want to stop by.

“It’s just as important to give people good quality entertainment for free,” Cinalli said. “There will be something going on pretty much every weekend. It’s very important for Marion County.”

Marion County Commissioner Randy Elliott said he has total confidence in Cinalli’s plan, and he looks forward to the day that hundreds can once again gather at the park and enjoy the nice weather safely.

“All I can hope for is that COVID is getting behind us and that, by the middle of the summer, we can return to some kind of normalcy at Palatine Park to be able to provide entertainment for everybody to enjoy again,” Elliott said. “I personally want to see it get back to normal. We were having four or five fishing tournaments a year, and thousands of people attending Palatine. I want things to get back to normal so we can do those things. … I want to see (Palatine Park) full of people.”

Cinalli said he’s excited for this summer’s Palatine Park events, and he encouraged those interested to check out the park’s schedule and come out and enjoy the shows.

“We’re looking forward to a very exciting, entertaining year at Palatine this summer,” Cinalli said. “I hope people check it out.”

For more in formation on this summer’s events at Palatine Park, visit www.marioncvb.com/marion-events.

*Originally published on WVNEWS.COM by Fairmont News Editor John Mark Shaver (who can be reached at 304-844-8485 or [email protected]).