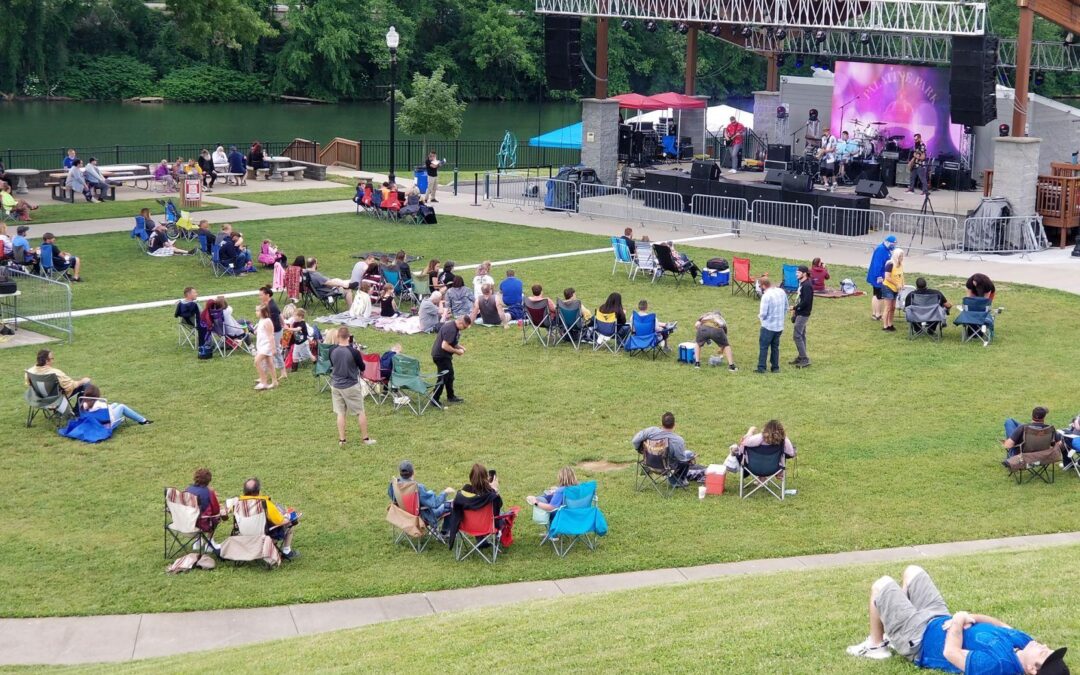 FAIRMONT — While the coronavirus pandemic put a stop to most of the events scheduled at Palatine Park last year, officials are planning a slate of performances for this coming summer.

Marion County Administrator Kris Cinalli said the park’s summer schedule is almost completely booked and now it’s just a matter of waiting to see if the COVID pandemic will allow everything to proceed.

“Everything is already booked. We’re really just waiting to see what happens with the guidelines,” Cinalli said. “It seems like everything is going to be OK, really, but it’s kind of hard to tell.”

Cinalli said the park hosted about five events last summer, but each one was scaled down from a norma year in order to stay in line with COVID-safe practices. He said he hopes to have at least double the events this year, and many that are booked are re-bookings from last year.

“We have a full event calendar lined up again this year,” Cinalli said. “It looks a lot like what we had last year as far as performers, but some of them changed as far as opening for different acts or being on different dates or different shows.”

The first event booked for Palatine Park is the Three Rivers Festival, which runs May 27-29, and is almost always the opening attraction for every summer season. Sharon Swearingen, executive director of the Three Rivers Festival, said its organizing committee has not met in person to plan this year’s activities yet, but have booked some entertainment and vendors for the weekend.

“We are just going to keep working as if we are going to be able to have it Memorial Day weekend,” Swearingen said. “We haven’t even had a meeting. We are going to try to have one this month.”

Swearingen believes the Three Rivers Festival was the only fair or festival to take place in West Virginia last year, but the team pulled it off by scaling down the events and enforcing COVID-safe guidelines. This year, as well, Swearingen said the organizers will likely enforce some guidelines, and usual activities such as the parade and the carnival are not being planned. However, the team is working on scheduling its annual pageants for May.

“We got to have it for two days, and there wasn’t any other fairs or festivals in the state that tried it,” Swearingen said. “But we did, and it worked.”

Cinalli said there are events planned for every weekend after the Three Rivers Fest, and several are also returning events like the Johnnie Johnson Music Fest and the Relay For Life.

“We have events lined up for every weekend after that,” Cinalli said. “I think there are three fishing tournaments this year, I think the Relay For Life is trying to come back, so hopefully we’re able to jump right in and capitalize on our ability to have shows.”

Cinalli also said Marion County will collaborate with West Virginia University and its Music Industry program to bring in students as interns to help manage and organize the events planned for Palatine Park.

He also said the park will bring back the artist streaming series that began last year because of the coronavirus cancellations. Musical guests recorded videos of their performances, which were then later streamed on Palatine Park’s Facebook page. Cinalli said he wants to set up a separate streaming platform for the park to promote the artists and the park.

“The whole idea is try to bring tourism in, bring folks in from other cities and states to North Central West Virginia to come to these shows,” Cinalli said. “But in the meantime, it’s a great way to get the word out that Palatine is doing events.”

Cinalli said the county will be distributing Palatine Park program books in the coming months, which list the events that are booked for the summer. He also said many of the bookings are subject to change, seeing that so much was changed last year, so he and the organizers will be adjusting plans accordingly, probably throughout the summer.

“I think we’ll be able to work with whatever guidelines are out there and make successful events,” Cinalli said. “They may not be the most people we’ve ever had, but I think you sacrifice a little bit of that just being open.

“I think we have a strong plan, but we’re going to need a little luck too as coronavirus plays out.”

*This article was originally published in TimesWV.com by Eddie Trizzino